When culture meets the American Dental Italian, the result is called COBE DENTAL.

The dental clinic Cobe Dental born from the association of four young professionals who met in the late 90s at Boston University. Dr. Diego Capri and Dr. James Ori, having attained an honors degree in Dentistry at the University of Bolognese, driven by the desire to deepen their knowledge in different specialists, they decided to move to the United States States to study respectively Periodontics-Implantology and Prosthodontics. The experience abroad has gone far beyond the merely cultural, and the two doctors have returned to Italy accompanying panied by their wives, Dr. Sherry Bloomfield and the dot-toressa Claire Eusebio, feminine and American structure. As often happens, the proportion of women in the group has exceeded all expectations after earning his degree in dentistry in American territory and the certificate of post-graduate studies in endodontics the one and the other advanced general dentistry, the two doctors Han- no re-open the books for a degree in dentistry and dental implants in Italy at the universities of Padua and Siena. 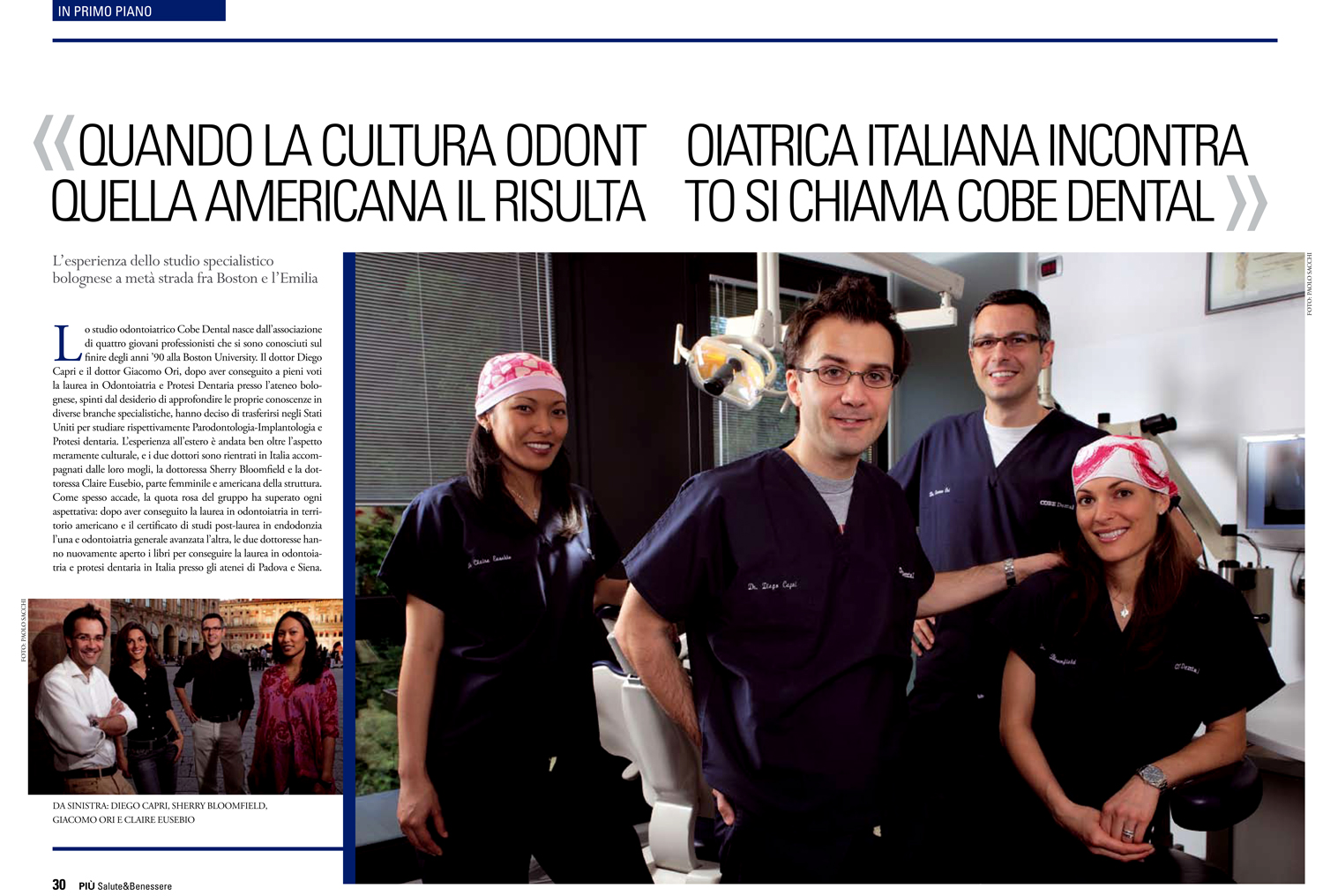 Download attachments:
"Impressions" cobe Edition on the concepts of treatment of Geistlich
JoomShaper